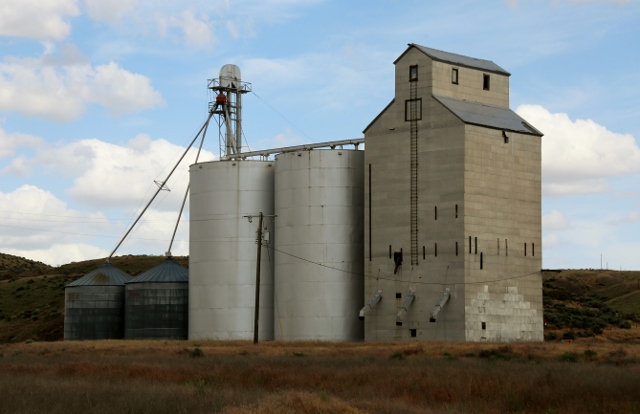 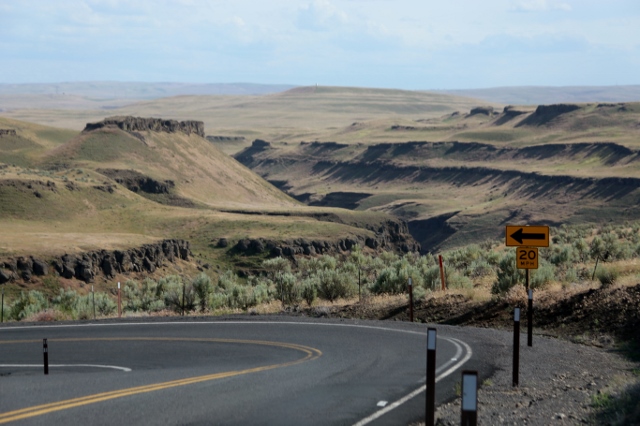 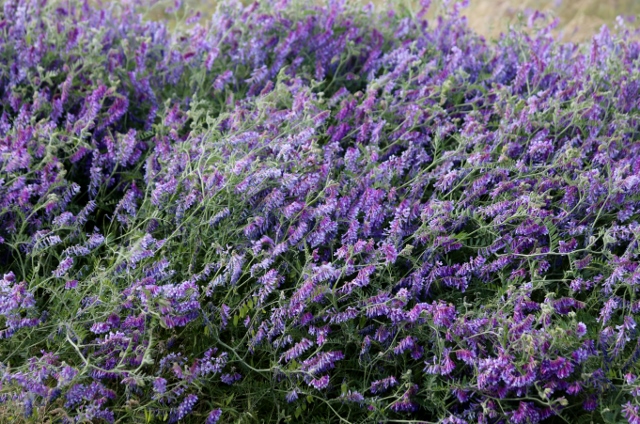 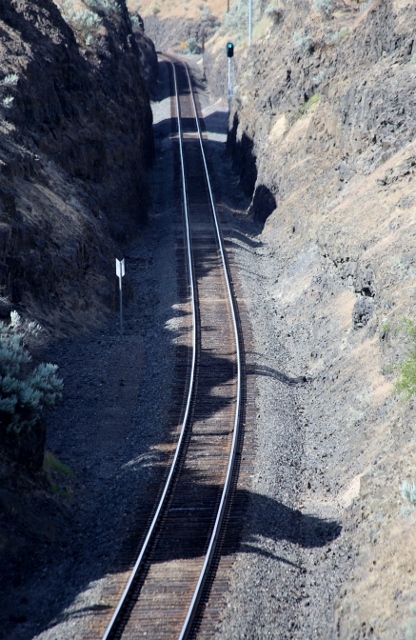 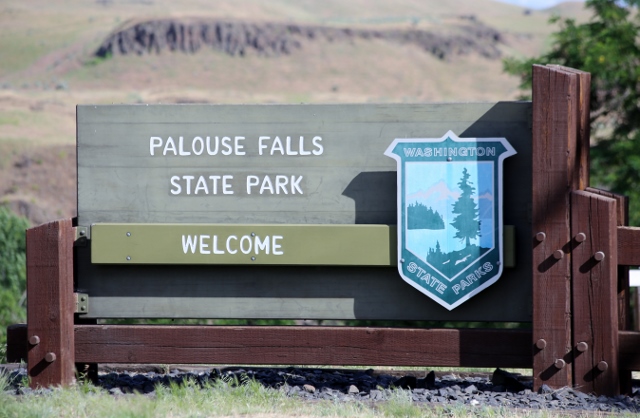 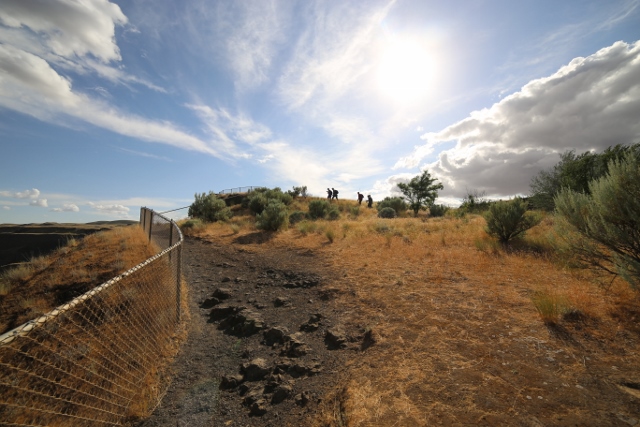 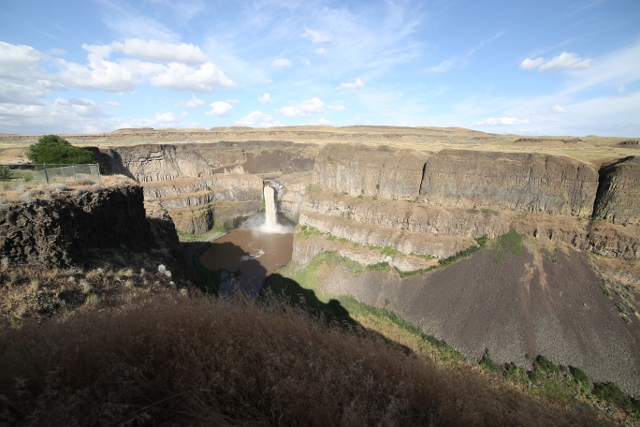 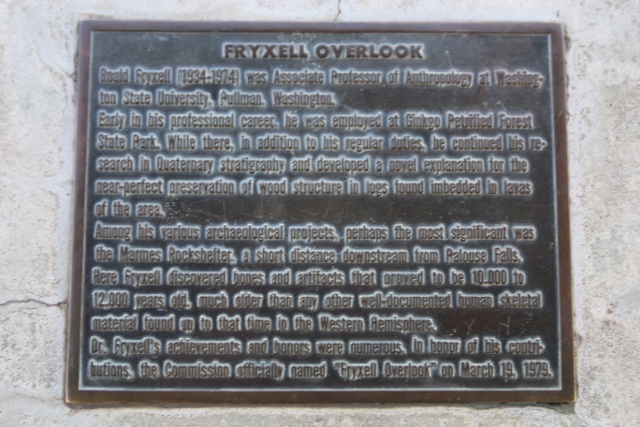 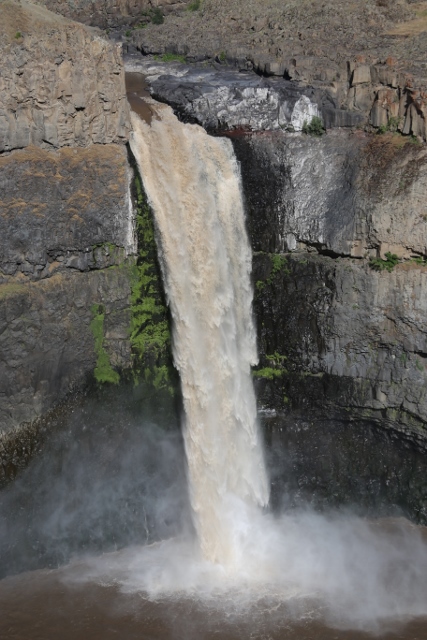 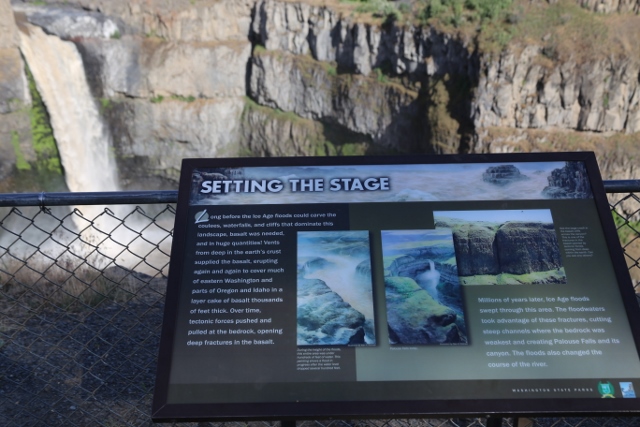 I had seen a picture of Palouse falls and knew Walualla, WA was in the General area of the falls. Going to the falls or sitting in the hotel room was my “choose your own adventure” option of the day so of course I punched in the destination for the falls on my gps. After punching through sagebrush followed by an almost Mid-west look the terrain became rolling hills then high plans covered with purple lavender before finally coming to a desolate looking dirt road with a sign that said Palouse falls. In several more minutes I arrived at a sign that said Fee area. Since I did not have any cash I parked outside of the fee area and began to explore the amazing gorge filled with the booming sound of Palouse falls. Though I would later learn from Sean and Jarrod Milligan both Engineers with the Core of Engineers that the falls was only running at 180 cfs and it can run up to 6000 cfs or in the most extreme cases 20,000 cfs. Regardless, I was awestruck by the volume of water launching over the falls. How Tyler Bradt set a worlds record when he survived paddling 186 feet over the falls in his Kayak, is hard to comprehend. Having personally kayaked a day stretch in the middle fork of the Salmon six times my stomach clinched while imagining myself in his boat headed over the edge. A funny story I learned about while in the area is that some folks at a local college upstream from the falls started a movement to help return the health of the river so that the salmon could “return”. The claim was that Salmon used to make it up that way in the past. It was later pointed out to them that Salmon would have a hard time swimming up Palouse Falls. I tend to agree! Palouse falls at any flow is worth the long drive to enjoy. It has a few different trails to explore but keep in mind that gravity always works so you should stay away from cliff edges. I highly recommend visiting the area; it is certainly a natural wonder and worth spending some time enjoying and going back to as much as possible.