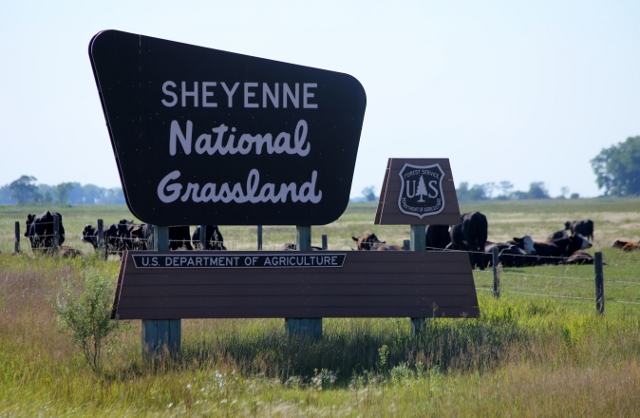 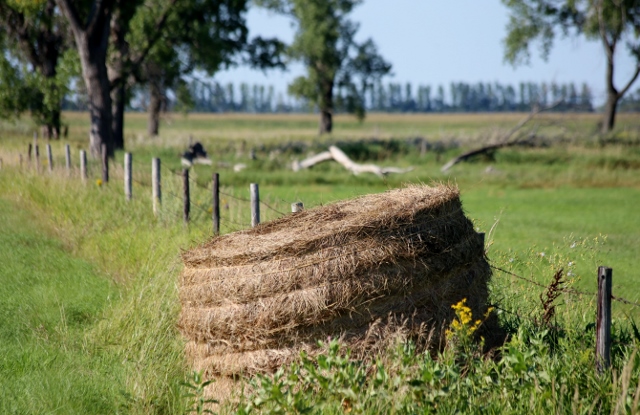 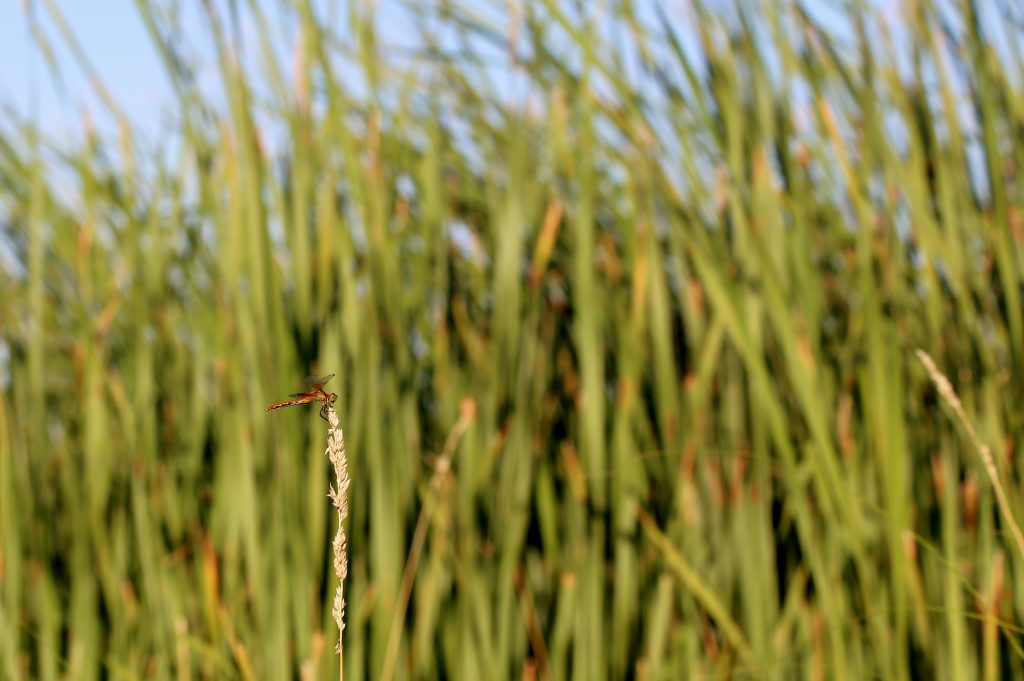 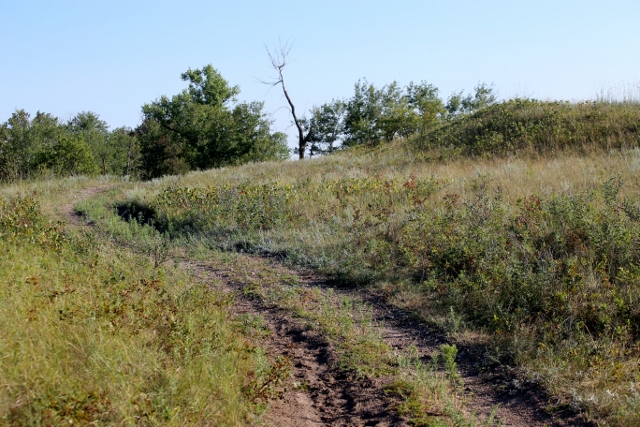 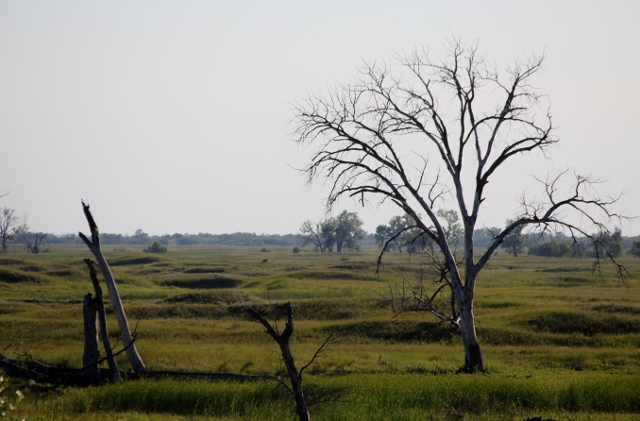 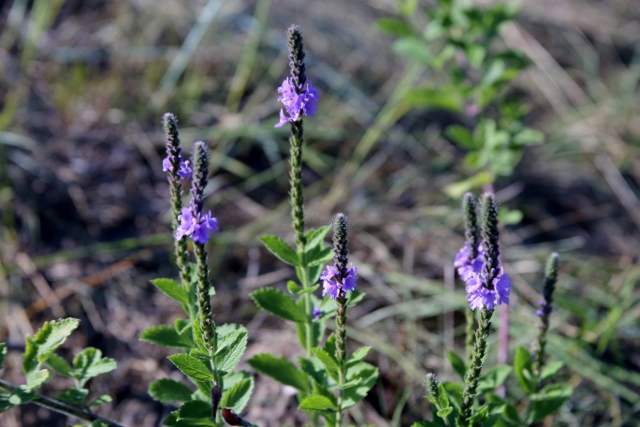 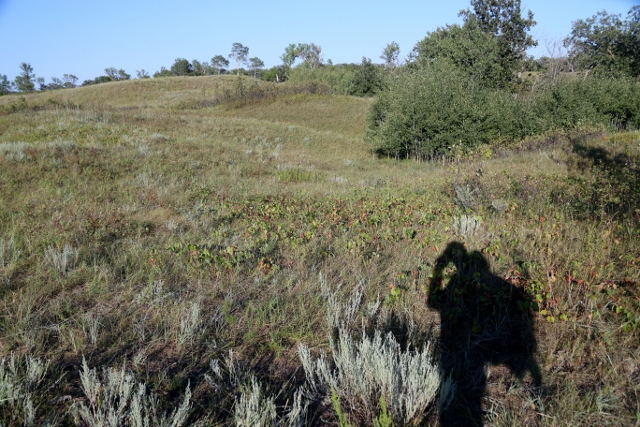 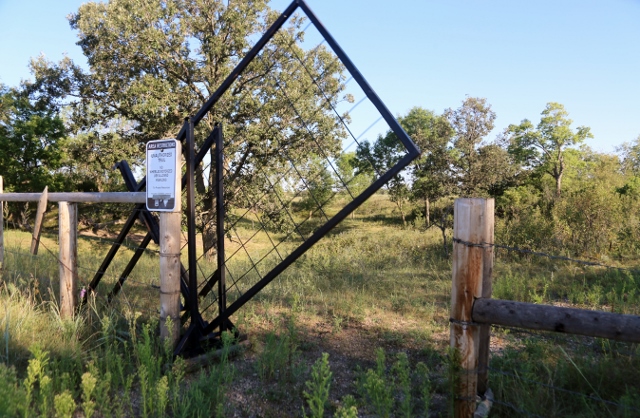 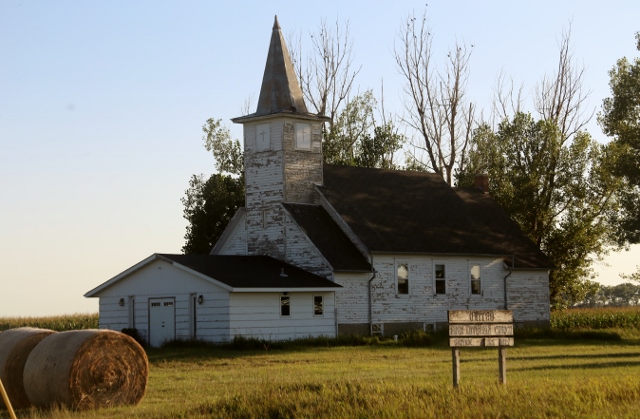 A half hour of watching Delta’s Airplane Mechanics open and close the aft compartment and jet engine panels on the CRJ 700 I was to board from Minneapolis to Fargo, ND helped me succumb to the idea my plane would leave late. Just before slipping into an internet coma I noticed an off duty Airline captain. I asked him what there was to do in Fargo. “On the weekends during the weekend the town is a ghost town because everyone heads into Minnesota to enjoy the lakes there” was his response. Ouch! Taking this as a challenge to find something nearby actually in North Dakota, I searched the map for any landmarks etc. I found a place called Sheyenne National Grasslands. I roamed many a National Forest but Grasslands? I blasted out to the unknown place following straight road after straight road noting the vast amounts of farmland. The reason someone may want to live here became less of a mystery. Though there were not towering 10,000 peaks to keep your eyes company there was a sense of freedom. Endless dirt roads to explore, an abandoned church and many groves of beautiful trees were displayed in my windshield. Upon coming to the Sheyenne National Grasslands border I decided to take a random road for no more than 10 minutes just to see what I would find. An abandoned home accompanied by a classic style barn soon greeted my efforts, then a very well kept grave yard. As soon as a lone pickup truck driven by some farm hands trailing a large plume of dust passed my position I stepped out of my car narrowly missing stepping on a snake. I was glad the 3 footer slithered away about as fast as I retracted my foot. Inside of the Graveyard I noted a large patriotic monument for all those that had served. I photographed graves of some that had served in WWI, and others who lived in the 1800’s. Graveyards are full of questions into others’ lives that have since moved on. Typically there are only a few clues given on a headstone. Going to a local graveyard is a way to learn about the area. You can take the names that you found in the graveyard and look them up to find more about their story. By doing this you can get a feel for the people in that area, a human attachment forms and suddenly an area comes alive as you ponder how in the world somebody could have made it out here in North Dakotas brutally cold winters without the comforts we now enjoy. Exploring the Grasslands still lay ahead. I jumped in my car entered the area and turned down a different dirt road following it until I found a trail head. Intrigued by what I might find, I strapped my camera bag on back and began hiking into the rolly grasslands trail. My nose was immediately met with a sweet smelling aroma I had not enjoyed before. I stopped to enjoy it when and a beautiful bright orange bird flew in front of me to the rhythm of the insects, birds, and an owl. After recording the wonderful choir I continued down the trail wishing I had a mountain bike, what a fun trail this would be. I did not see any Mt. Bike tracks in fact there were very few tracks and I was totally alone. Underutilized was the thought that kept coming to my mind as I enjoyed this grassland. If I lived in Fargo, I head out here to bike the trail all the time, what a neat place! Before returning to my hotel, I felt satisfied I had met the challenge to find something Uncharted. When I got back to Fargo my waitress asked what I thought of Fargo. I mentioned if I had a Mt. Bike I would love it here. She replied where ever you went must not have been anywhere near here. I replied, but it was! If you find yourself in Fargo and you like gentle hikes through somewhat sandy minor hills head out to the Sheyenne National Grasslands and enjoy! Better yet if you like to Mt. Bike and live in the area this is your next Uncharted destination! What I did to get there: Rented a car, punched in Cheyenne National Grasslands, and used my own curiosity as a guide for when to take detours. Some of my photos will have GPS coordinates in the heading. What to Bring: Bug spray, closed toes shoes, a camera of sorts, a voice recording device, water and all the other life necessary items such as food, and Toilet paper as the trees are the bathrooms. Plenty of gas.