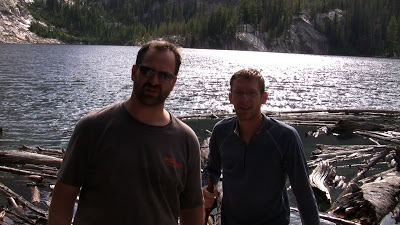 There is something to be said for planning.

Pick a destination. Go to Google Maps. Plan a route, taking in the scenes along the way. But keep that final destination in mind. In the eye. And on schedule.

There are, of course, other schools of thought. Take John Milligan and Mike Wiser’s approach to climbing a central Idaho mountain peak, which started with Google Maps but ended up with he and a friend using their climbing gear to build a raft so they could paddle around on an icy Idaho alpine lake with the unclimbed mountain pouting in the distance.

Both methods make for fun vacations. Both make for spontaneous vacations. But the latter method, hereafter known at Uncharted as the Milligan-Wiser Method, is the one that holds the most appeal to me as a guy.

So go read about John and Mike and their adventures in Idaho’s central mountains. Then go and don’t plan a vacation just like it.