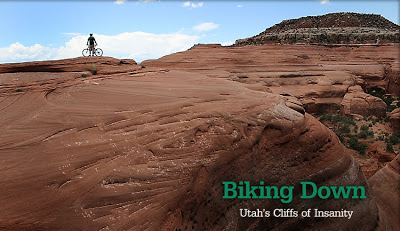 And on the eighth day he created Moab. In fact he’s still tweaking it!

Named after the “Plains of Moab,” which are spoken of in the Bible and are found along the Dead Sea beside the Jordan River, Moab, Utah is located on an ancient sunken salt pad adjacent to solidified sand dunes beneath the towering Volcanic LaSalle Mountains entertained by the nearby Colorado River.

Moab is a surreal, geologic oddity that yields some of the most scenic and challenging whitewater rafting the West has to offer, the world’s most legendary slick rock that is a Mecca for bikers and jeepers, and is completed with high alpine lakes accompanied by peaks that are upwards of 12,600 feet, not to forget national parks and abandoned movie sets.

This strange land has an almost spiritual aura that seems to have an affinity to artisans, miners, soul-searchers, and adrenaline junkies. This makes for a dynamic, shifting, almost transient population. Few stay for good in Moab; most just move on through. In fact, it seems most just squeeze what they can out of it, then go. Some enjoy Moab in a hurried race, never to return.

But Moab is one of those places that you should return to. I have been returning since I first went mountain biking there as a boy scout. I returned again last Spring for biking, and again in the Fall to go rafting with my sister Brenda, who is one of the lucky few who “eddied out” in Moab, racking up 15 years guiding the river. I have done a little of a lot of things in Moab, but the thing that I keep going back for is the mountain biking. And if you’re planning on going there for biking, the latest story one you should read.

Doing a Little of A Lot in Moab