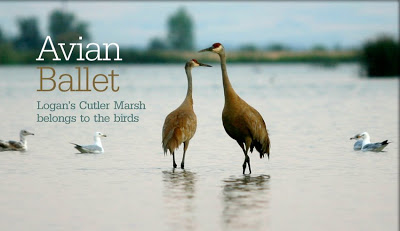 One of my hobbies is listening to old time radio recordings. I have to blame my mother for that. She grew up with the likes of George Burns and Gracie Allen, Spike Jones, and an unlikely pair of Midwestern newlyweds, Fibber McGee and Molly.Fibber McGee and his wife live at 79 Wistful Vista from 1935 to 1959, going from scratchy radio transmission to high fidelity and eventually to television. Molly constantly put up with Fibber’s wild schemes, whether he was attempting to make money without really having to work (such as the time he decided to dig an oil well in the backyard) or concocting some hair-brained solution to a problem he himself created. (He once suggested putting midgets on Fourth of July floats after it was pointed out the route he’d planned passed underneath a 6-foot-high viaduct.)

One of the sanest things McGee ever did was taking his wife on a canoeing trip where, with the soft swoosh of the paddles and an echo that knew more of the words than he did, he crooned to his lady love with the following song:

It’s a sweet song, written in 1945 by Eily Beadell and Nell Tollerton. Blue Barron and Russ Morgan both brought it to the top of the U.S. Billboard Best Seller in Stores list as a number one single in 1949. Here’s the song:

As fortune would have it, Uncharted brings you such a Sunday afternoon feeling on Utah’s Cutler Marsh in two stories by Alan Murray and Brian Davidson. Our 2 ½ hour paddle through the marsh brought this song to mind and wrapped me in a cocoon of warmth as I recalled many an evening of sitting in the dark with Mom and Dad, listening to their old radio recordings.

For me, sound evokes powerful memories. When a new memory is mated with an old sound already linked to older memories, those memories flood out – in this case, bringing a bit of my childhood to life again as we paddled the still waters, watched the birds, and gazed up at the swallow nests built underneath the bridges. Now, swallows and goslings and sandhill cranes – and that scary moment when our canoe got stuck on the mudbar and I thought I’d have to walk us to shore – are indelibly tied in with this little ditty. So much the better for me, as I now have more memories on instant recall.

For the Uncharted story on cutler marsh, go here.

And explore the site. A few other staffers also posed their own photos and scribblings on Cutler Marsh. This variety exhibits one of the powers of Uncharted, aside from the x-ray vision and atomic breath. Nobody has a lock on a spot. If you want to write about or photograph something that’s already on Uncharted, please do. Go ahead. Really. Each individual is an explorer in his or her own right.