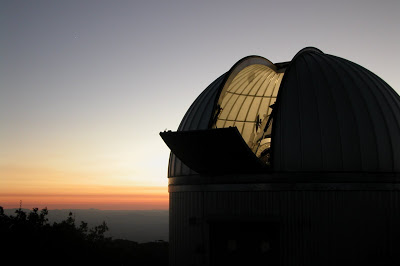 Part of our goal at Uncharted is to provide, through our stories and photos, a burning desire in those who read and view what we produce to replicate those experiences in their own lives. Our update this weekend is a prime example of a story and photo package offering just that.

Take me, for instance. Long have I harbored the desire to be an astronomer. When I was eight years old, Carl Sagan’s Cosmos debuted on television. Color me mesmerized. For weeks. I watched those shows. I borrowed every book from the library on astronomy. I even wrote a fan letter to Carl Sagan at Cornell University, and he wrote back, advising me to work hard on my math skills if I wanted to be an astronomer like him.

Alas, it was not to be. A straight line of Cs in algebra — despite my efforts to learn it better than that — dashed my hopes. My only consolation came through geometry, where I was able to understand the stuff enough to pull As. So I became a writer instead.

Then I read Joseph Burkhead’s story on his adventure at Arizona’s Kitt Peak Observatory, where he got to go to the top of that sacred mountain and actually have astronomers at his elbow — both elbows — unlocking the secrets of the cosmos. Suddenly, it all came back — right to replaying that eerie Vangelis theme music in my head, from Sagan’s television series.

So click here quickly and begin to read. And if you’re a Cosmos fan like I am, hit Hulu.com and queue up one of the old shows. Listen to Vangelis’ opening theme as you read Joseph’s story. That cosmic desire will all come back to you.

I’m leaving now. Going outside to stare at the stars.

Uncharted Brings You the Universe